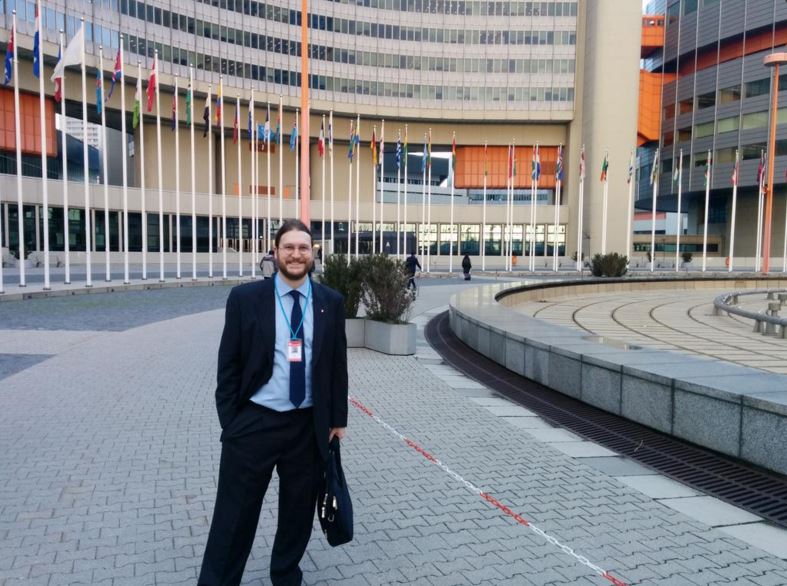 He is a world expert on illegal fishing and transnational organized crime and presented a report on the subject at the 13th UN Crime Congress in Doha (2015) and participated in the Expert Meeting Group on Fisheries Crime hosted by the UNODC and WWF in Vienna.

Teale’s research employs a wide range of methodologies and he is particularly familiar with formal and informal interviews, participant observation, process tracing, and archival research. Teale has consulted on curriculum development for the Masters in Sustainability Leadership Programme at the University of Cambridge, and has lectured extensively on NGO strategy and politics.

Teale has presented research papers at numerous international conferences and has several publications which explore various aspects of NGO strategy (see below, and his personal website).  In addition to his work on marine conservation and NGO strategy, Teale’s research interestes are wide-ranging. He has published articles on Arctic politics, and is currently involved in a number of research projects with the BC Humanists, examining issues of separation of religion and government in Canada.

He worked on several research projects while at the University of Calgary, including serving as a Student Research Team Leader, coordinating a research team for the Institute for Advanced Policy Research (IAPR). From 2009-2013,Teale served as an associate editor for the Cambridge Review of International Affairs, a quarterly academic journal. Teale also worked as a Contributing Analyst for Wikistrat, an online Massively Multiplayer Online Consultancy (MMOC), which examines political and geopolitical trends from 2011-2018.

During his time in Cambridge, Teale put his knowledge of NGO strategy to use, helped new and established NGOs develop innovative strategies and solutions to political challenges. Prior to forming The Idea Tree he consulted for Transition Cambridge, Shark Fin Free Calgary, Ruby Animal Rescue (RAR), Fin Free Cambridge and Fin Fighters UK.

Teale also has extensive experience in politics, political campaigning and campaign strategy. He served as an elected official on the University of Calgary Students’ Union for three terms, and has stood as a candidate in two Canadian federal (2006, 2008), one Alberta provincial (2008) elections, and recently ran for Saanich Council (2018). He is the co-founder and chair of the AccessBC Campaign for free prescription contraception in BC, Canada. You can learn more about his various political campaigns and projects here.

He is an accomplished and award winning debater and public speaker, and served as the Debate Coach at Glenlyon Norfolk School, in Victoria, BC, Canada for two years (2014-2016). He remains active in the speech and debate community and is an organizer of the annual BC Provincial High School Mock Trial competition and is the volunteer debate coach at Alberni District Secondary School in Port Alberni, BC, Canada.

Teale is also an avid volunteer, and has volunteered with a range of organizations and charities, including William Roper Hull Child and Family Services, Clare College outreach, the London 2012 Olympics, and the Victoria Tool Library. He is a volunteer member of the board of the Greater Victoria Placemaking Network, where he serves as the lead on their Pocket Places Project.

He is a passionate hockey player and played defense for the Varsity winning Cambridge Blues Ice Hockey Club, as well coaching the University of Cambridge Women’s Ice Hockey Club to two back to back Varsity victories.

Phelps Bondaroff, Teale. “Throwing a Wrench Into Things: The Strategy of Radical Environmentalism.” Journal of Military and Strategic Studies, 10:4 (Summer, 2008), 1-23.