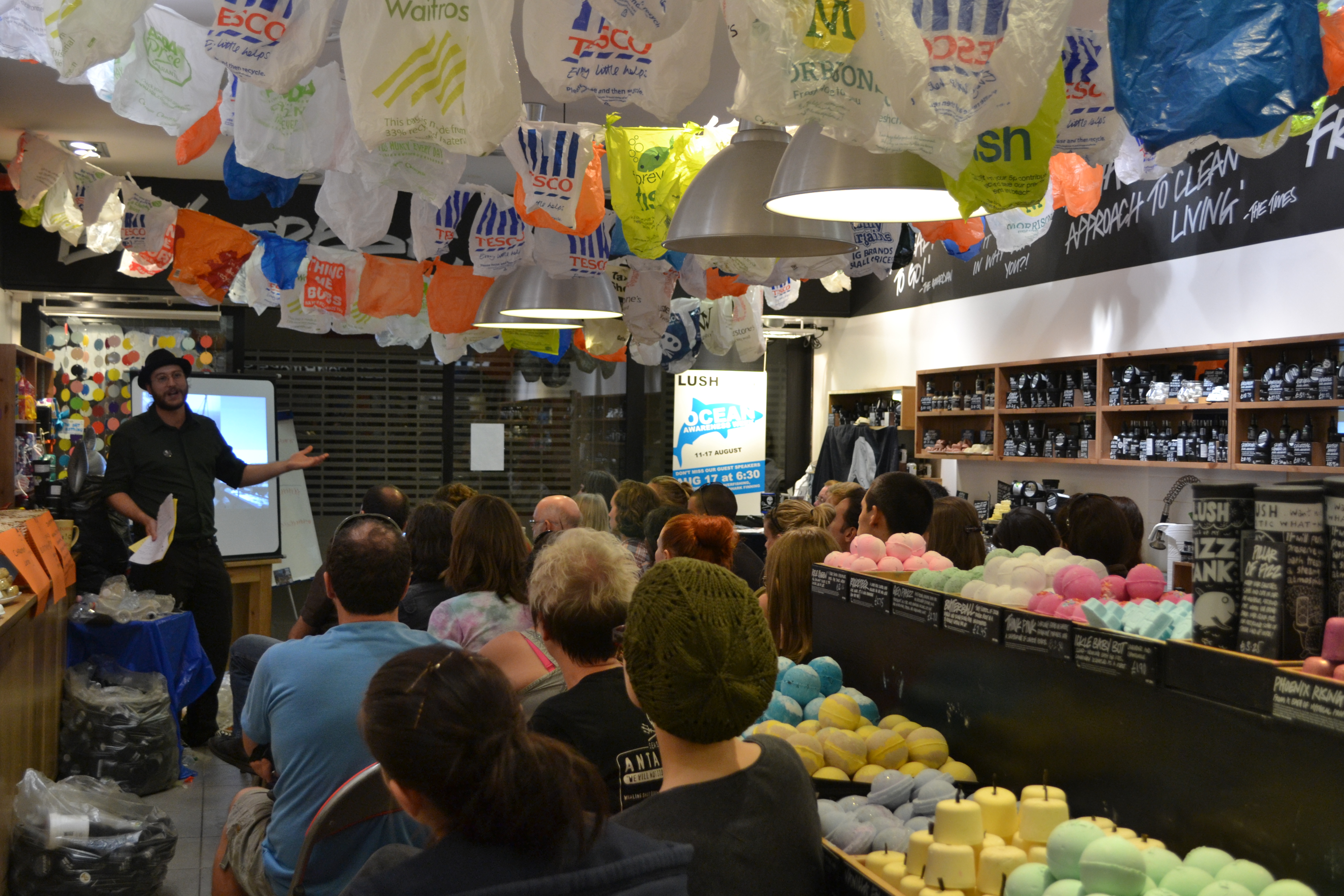 In August of 2012, Dr. Phelps Bondaroff was asked to give a talk based on his research on the Sea Shepherd Conservation Society as part an Ocean Awareness Week hosted by LUSH Cambridge, the initiative of one of their employees, Lou Ruddell. The night was a big success, with a packed store, and enthusiastic responses. 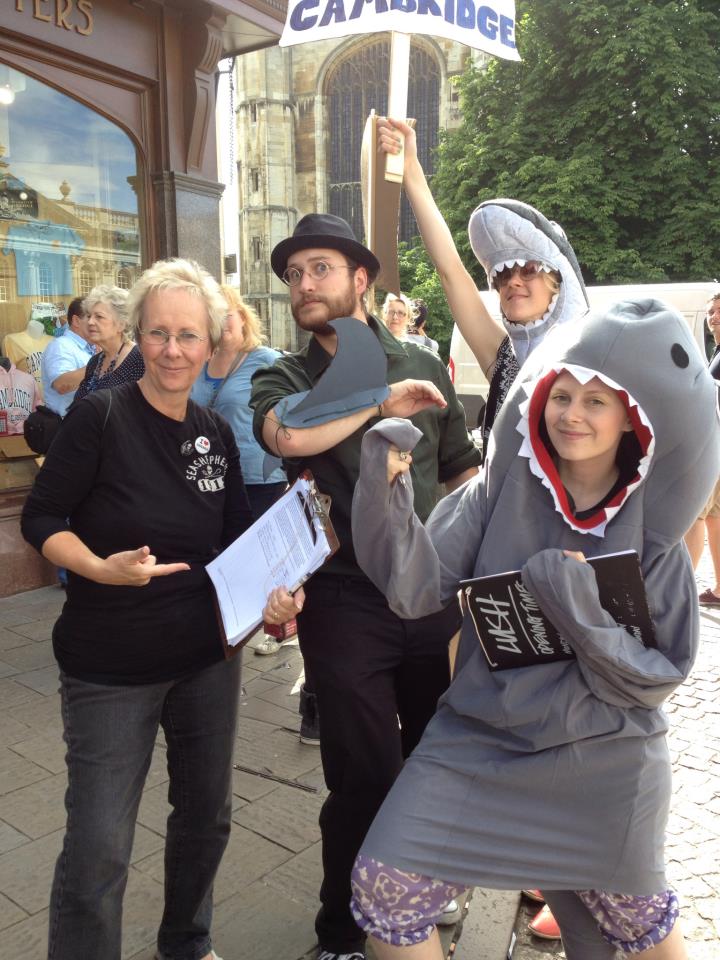 Ms.Ruddell wanted to take the energy generated on the night and develop it into something which would have a tangible impact on the local community. The issue of shark finning had been a centerpiece of Ocean Awareness Week. Shark finning is the removal of shark fins while sharks are still alive, and discarding the carcass, then selling the fins, mainly for the creation of shark fin soup. The practice is responsible for killing millions of sharks annually.

Ms. Ruddell and The Idea Tree teamed up to devise a strategy that would result in a local impact on the issue. Working through the local LUSH store, we gathered signatures for a petition to present to the city council, urging them to ban the sale of shark fins in the city. In anticipation of presenting this petition, we lobbied local city and national politicians and educated the public.

The Idea Tree also brought to the campaign creative tactics, such as shark puppets, performance art, and a “sharks on the Cam” event for local media. 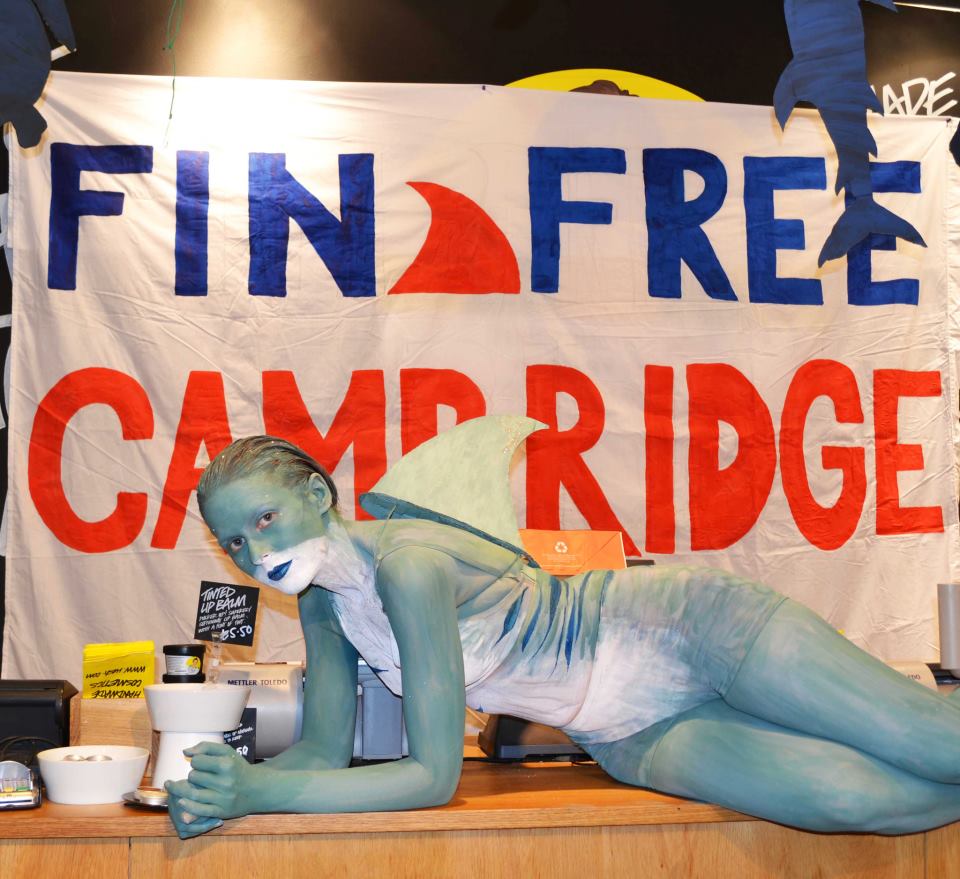 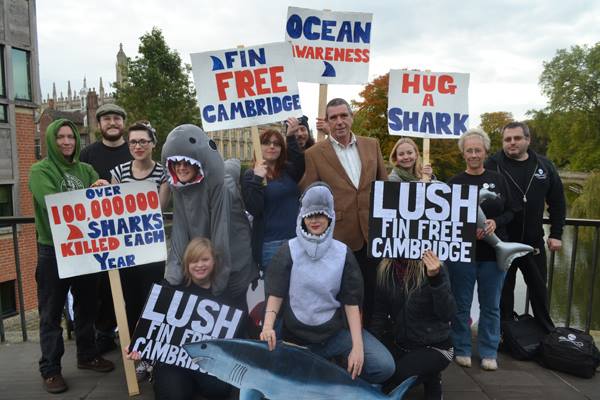 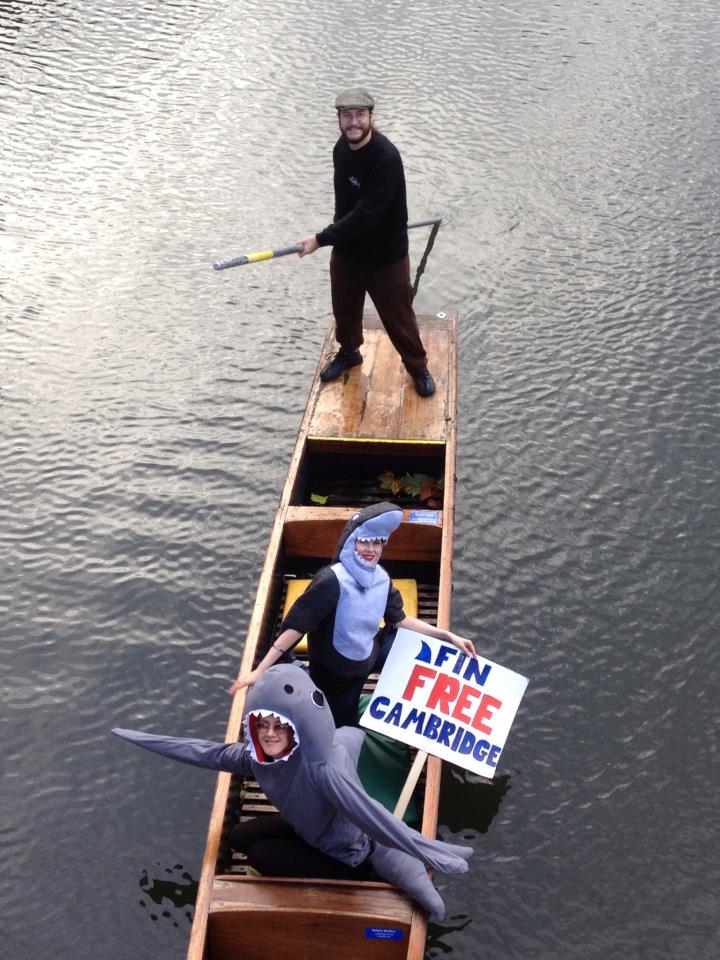 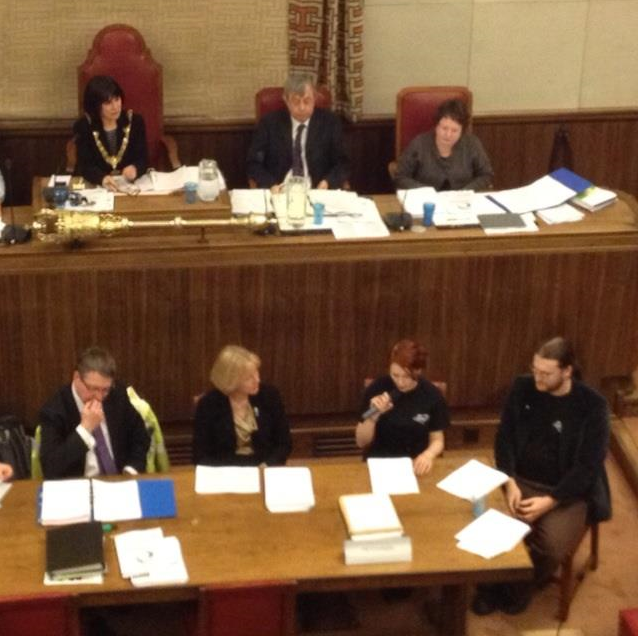 After just a few months, and after having gathered thousands of signatures, the campaign achieved its aim and the Cambridge City Council in a unanimous decision, strongly condemned the sale and consumption of shark fins and shark products in Cambridge.

Buoyed by this success, Ms. Ruddell wanted to do more, to ban shark fins in other cities around the UK, and eventually, banning them across the country. Ms. Ruddell, with the help of her partner Phil and Mother Helen, went on to form Fin Fighters, which has the goal of making the UK fin free by 2023. The Idea Tree worked with Fin Fighters UK to develop a national strategy for achieving this goal, building off the success of Fin Free Cambridge.

Fin Fighters is currently working towards its goal with groups around the UK. They are also working cooperatively with other organizations to monitor shark fisheries and distribution of shark in the UK, conducting a public awareness campaign focusing on labeling transparency, and campaigning for ocean optimism.

The Idea Tree continues to act in an advisory capacity for Fin Fighters. Learn more about this emerging organization by visiting their website and their Facebook Page, and following them on Twitter. 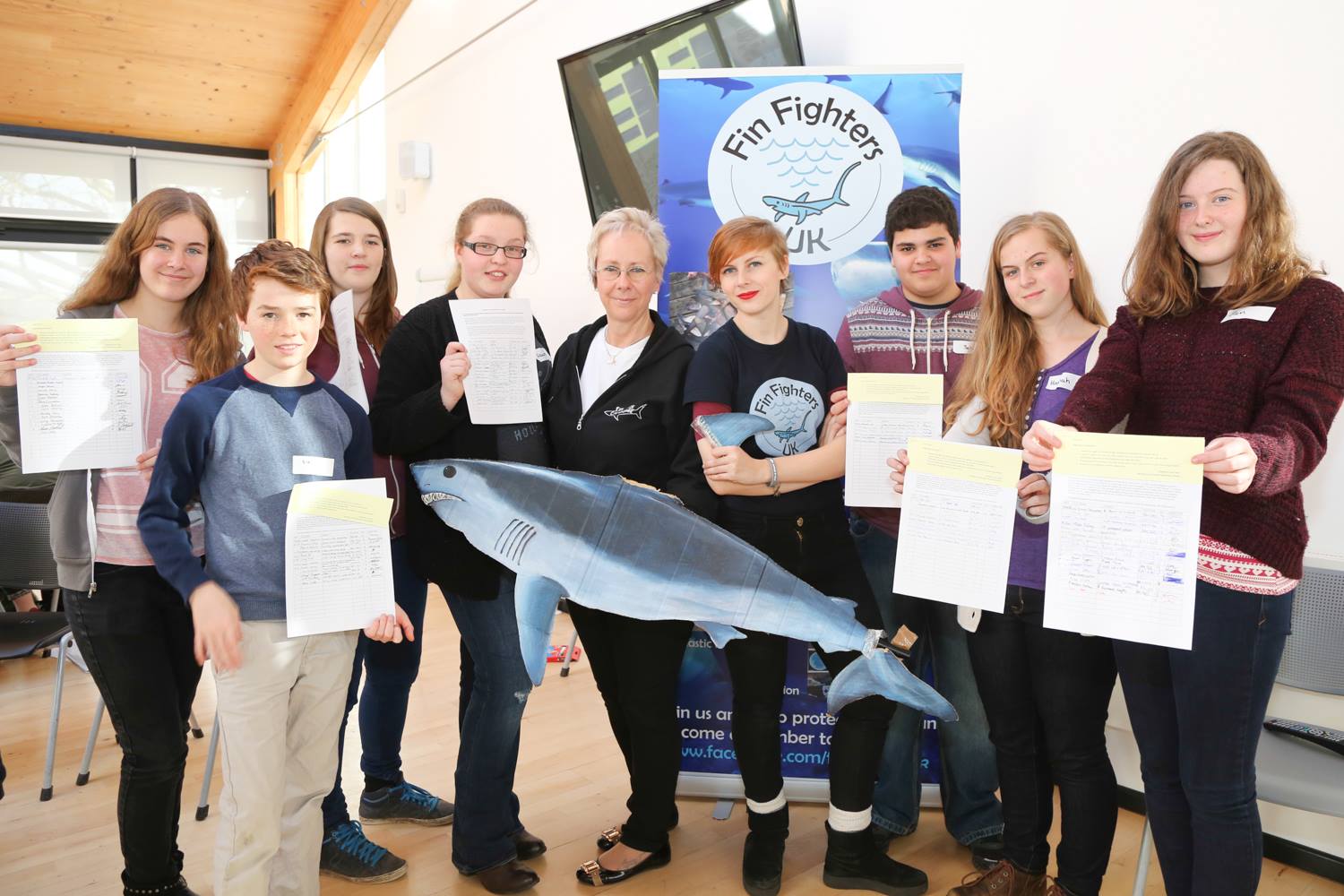