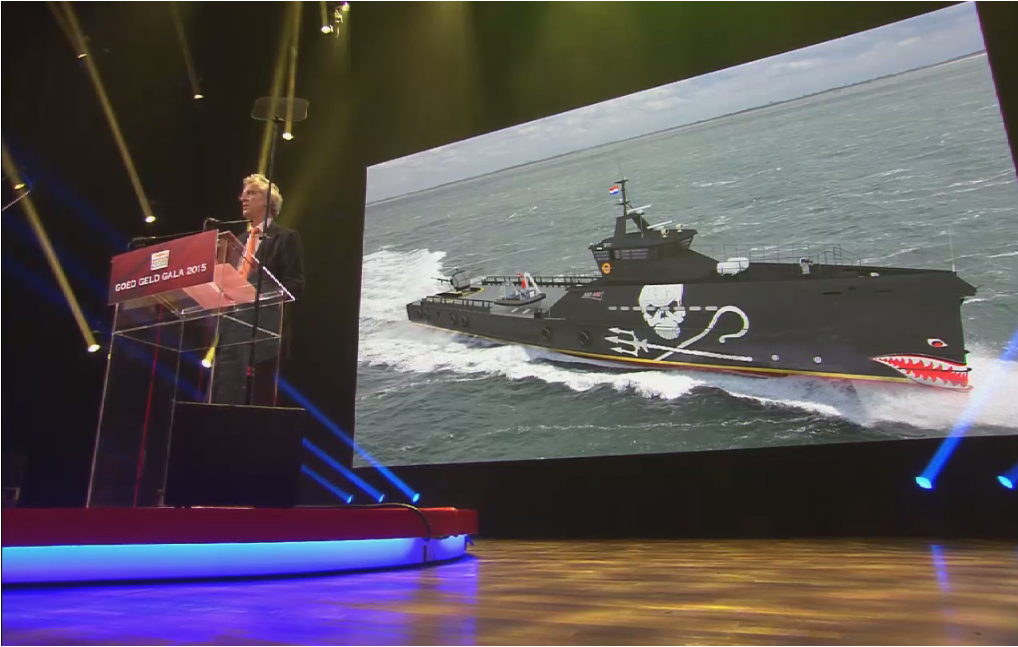 n January 26th, 2015, The Sea Shepherd Conservation Society received 8.3 million Euros ($11.7 million Canadian) from the postcode lotteries of Netherlands, Sweden and the United Kingdom for its submitted dream project, Stop Illegal Fishing in the Southern Ocean. The funding will be used to buy a custom-built ship to patrol the Southern Ocean, presenting one of the best opportunities to shut down illegal fishing operations around Antarctica.

“We are now able to proceed with the purchase of our dream ship and lift our conservation efforts to protect the Southern Ocean from illegal exploitation to the next level. We are extremely grateful to the Dutch Postcode Lottery and the people of the Netherlands for this generous support,” declared Alex Cornelissen CEO of Sea Shepherd Global.

This funding represents the single largest donation to Sea Shepherd in the organization’s history. Including this years generous donation, Sea Shepherd has received 15.5 million euros from the Dutch Postcode Lottery since 2007. The Dutch Postcode Lottery has dispensed more than 4 billion euros to organizations working towards a fairer and greener world since it was founded in 1989.

The Idea Tree is thrilled to have been a part of the process of researching and writing the application for this dream project. The Idea Tree partner Dr. Teale Phelps Bondaroff was the lead author of the grant and has been working with Sea Shepherd on the process for over a year. This involved multiple applications, carefully developed rationale, and background research in a wide range of areas, including marine conservation, international law, and maritime engineering and ship design.

Dr. Phelps Bondaroff has been studying Sea Shepherd for many years. He served as a researcher on board the Bob Barker during ‘Operation No Compromise’, Sea Shepherd’s 2010-2011 Antarctic anti-whaling campaign. The information he gathered through this work formed the backbone of his PhD thesis “Direct Enforcement on the High Seas: The Strategy of the Sea Shepherd Conservation Society.” He continues to study the strategy of direct enforcement, and recently published an article on this work with Dr. Mette Eilstrup-Sangiovanni at the University of Cambridge.

“One of the principles behind direct enforcement, a strategy whereby non-governmental actors directly enforce international laws, is having the technical capabilities to effectively enforce the law. As the Sea Shepherd flag ship in the Southern Ocean, this vessel will be capable of attaining speeds far in excess of any of the current Sea Shepherd fleet. This, coupled with its other superior capabilities makes this vessel an integral part in confronting and ultimately ending illegal fishing and marine animal exploitation in the Southern Ocean.” Says Dr. Phelps Bondaroff.

“The process was a lengthy and intense one, which required us to develop ways of communicating the dream project in a multitude of formats; from succinct summaries,  detailed reports, and oral presentations/defenses, as well as developing carefully thought-out and researched arguments to support the application.”

Grant application review and writing, as well as issue research are some of The Idea Tree’s main areas of focus. Whatever the level of funding you’re seeking, if you are an environmental group that is looking to apply for funding or strengthen an existing application, we can help.